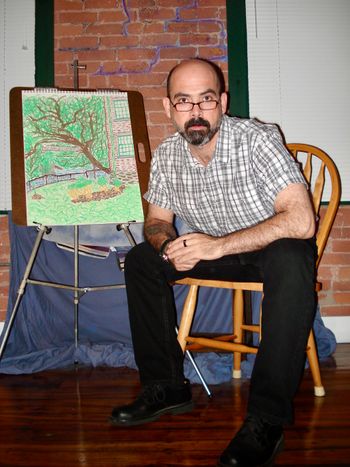 I was born in Caracas, Venezuela. My parents grew up in the Azores on the Island of Sao Miguel.

After marrying, my parents moved to Caracas, Venezuela for a better life because there was not much opportunity on Sao Miguel.  In Caracas, my farther was eventually able to co-own a small grocery store and my mother was a stay-at-home mom. My parents managed to purchase a home and own two cars in Venezuela. It was the life they were hoping for. But, because my parents wanted a better life for the family, esp a better education for me, we moved to the United States in 1968.

I grew up and was educated in and around Boston, MA. I received my B.S. in Biology from UMass/Boston in 1987. Also, I was proudly Naturalized as a United States Citizen in October of 2001; just one month after the tragic 9/11 attacks in New York City.

Sadly, my parents have since passed away; my farther in 1999 and my mother in 2010.  Very shortly after my mother passed away, I moved to Rhode Island.

Primarily, I'm self-taught in both music and the visual arts without any formal education from any art school. I was a church guitarist for 7yrs during my teenage years and recently became involved at a local museum nearby in Attleboro, MA. Also, from high school and into early adulthood, I had sung at Boston Symphony Hall and Jordan Hall in Boston within various different choral groups. I was fortunate enough to have participated at such Halls without having any prior professional musical experiences. And, I've participated in various exhibitions and donated several pieces of visual art for benefit auctions at the museum.

I Love the U.S.A. and I continue to work and develop my crafts in both the music and visual arts.